The Benefits of Glutathione Injections – All Your Questions Answered

Glutathione (GSH in short) is a compound that is naturally found in human body, as well as in the bodies of other animals, plants, fungi, even many single-cell organisms (interestingly, plants from the legume family Fabaceae are the rare exception – they do not synthetize glutathione in their cells). It is a tripeptide; that means it consists of three amino acids connected together by peptide bonds – glutamate, cysteine and glycine. Every single cell in your body is able to create glutathione if it has enough building blocks necessary for the synthesis.

It is one of the most important antioxidants in the human body and it does its job in many different ways:

Glutathione is also a part of multiple metabolic pathways. It is especially necessary for your brain, as it is the most important antioxidant for the neuronal system. Neurons require high levels of glutathione to counteract oxidative stress and maintain proper brain structural integrity and cognitive function, however they are not always able to synthetize sufficient amounts. In this matter they rely on astrocytes, star-shaped cells that surround the neurons and support them with nutrients and ions. Astrocytes have higher capacity for the production, storage and releasing of GSH into the surrounding tissue and they are able to increase the production if they sense that the neurons are under increased oxidative stress.[1,2]

How Can You Supplement Glutathione?

Unfortunately, it is impossible to supplement glutathione orally by simply taking a glutathione capsule. It is a peptide and the human gastrointestinal tract is very good at breaking down any peptides and proteins that we ingest, either in food or in supplements. If you ingest glutathione, most of it gets digested and broken down into the amino acids – the original building blocks, which then get absorbed.[2] Which is not bad per se, since your body will partially use those building blocks to create more glutathione, but it is not what we are looking for, right?

There have been several studies published on the different ways to avoid the digestive tract during the glutathione supplementation. One option is to encapsulate the glutathione molecules into liposomes, which protect the compound from gastrointestinal enzymes and facilitate better absorption to the bloodstream. These efforts have shown some success, however the increase in glutathione blood levels were only modest, although significant.[3]

Another ways for glutathione intakes are the ones that bypass the gastrointestinal tract completely: nasal (via nose spray), sublingual (by placing a tablet under your tongue) and intravenous (by injection or infusion). Out of these, the best results were achieved by intravenous injections. One study even reported an improvement of symptoms in Parkinson’s patients who received glutathione injections regularly for 4 weeks.[4]

When it comes to injections, however, one must be very careful about where to buy glutathione injections, as they come with some safety risks. Always ensure that the injection is the highest possible quality; that the facility uses clean and sterile equipment for every single injection to minimize the risk of infection; that the medical staff knows how to administer injection solutions in the correct and safe way. One also has to ensure that the therapy with the injections is NOT continuous, since the human body sometimes requires a break. This is to ensure that your cells don’t “forget“ how to make their own glutathione.[5]

If these requirements are met, then the injection is the most effective way to supplement glutathione to your organism. When injected directly into the bloodstream, there is no loss of the active compound (as opposed to oral intake during which the majority of glutathione gets digested) and the tissues can benefit from the increased glutathione levels almost immediately after administration.

If it is not possible for you to receive glutathione injections, the other way to help your body create its own glutathione is by the intake of the building blocks and compounds that help the synthesis process:

What are the health benefits of glutathione injections?

In very rare cases, one can be born with a hereditary GSH deficiency if they lack one of the important enzymes for GSH synthesis. Families with γ-glutamyl-cysteine synthetase deficiency have been described, which resulted in extremely low GSH concentrations, as well as severe anaemia. However, these cases are extremely rare and usually require intensive medical care.[1]

During stressful situations the brain increases its mitochondrial metabolism, which produces more reactive oxygen species. In an attempt to neutralize these harmful oxidative compounds, neurons and astrocytes deplete their GSH reserves. Supplementing GSH might improve the brain functions and alleviate the harmful aftermath of the stressful period.[6]

During intense physical activity, such as hard manual labor or sports performance, your muscles increase their mitochondrial function which, similarly to the mental stress, increases the production of the reactive oxygen species. To help deal with the aftermath of a physical performance, you might benefit from the glutathione supplementation to help your body fish out all the oxidative compounds.[6]

Lungs are one of the tissues with the highest levels of GSH in cells. Adult Respiratory Distress Syndrome (ARDS), Idiopathic Pulmonary Fibrosis (IPF) and asthma are all examples of chronic lung diseases that deplete the lung GSH reserves. The patients suffering from these diseases might benefit from GSH supplementation.[7]

HIV and AIDS, as well as other chronic autoimmune diseases, like rheumatoid arthritis,  autoimmune thyroiditis, muscular dystrophy, amyotrophic lateral sclerosis, Alzheimer’s disease, alcoholic liver disease, cataract genesis, respiratory distress syndrome, and Werner syndrome are all conncted to extremely low GSH levels. To avoid the complete GSH depletion and to help with the outlook and survival of these patients, glutathione injections might be considered.[8]

Cirrhosis, hepatitis, paracetamol/acetaminophen overdose, frequent use of other meds and drugs are all states that might benefit from increased intake of glutathione.[1] Negative liver test results might point you in the direction that your liver’s capability of getting you rid of the toxic metabolites might need a glutathione boost.

The aging process has also been associated with deterioration of GSH balance. Older patients have significantly higher risk of neurodegenerative diseases, during which GSH is also one of the key players.[1] Glutathione injections have been proven beneficial in patients with Parkinson’s disease,[4] therefore they might be beneficial for your elderly relatives with other types of degenerative diseases.

Not only GSH protects the cells against dangerous carcinogenic substances, but also helps the immune cells fight the pre-cancerous and malignant growths and is used as an adjuvant therapy to various chemotherapeutics.[1]

These diseases are all connected to each other and usually result from generalized enzymatic malfunctions and generalized oxidative stress with overabundance of free radicals in various tissues. Glutathione helps to restore the balance in most of those cases, might alleviate the symptoms and lead to a generally better state of your body.[1]

If you found yourself in the list above, make sure to consult any therapy you might want with your general practitioner or specialist, especially in the case of a serious, life-threatening illness!

Glutathione is one of the most important antioxidants in your body, with multitude of essential functions. The glutathione insufficiency is a common occurrence in many diseases, most commonly  during increased psychological stress, metabolic syndrome, inflammatory diseases and cancer and GSH supplementation is beneficial in the treatment, as well as prevention of these diseases.

The supplementation of GSH is difficult due to the fact, that when taken orally, GSH is broken down by enzymes and the absorption from the digestive tract is very limited. You can consider supplementing the building blocks that your body uses to create GSH in all cells (e.g. cysteine, glycine, glutamate and others). Another option are glutathione injections – a safe and rapid way to supplement glutathione directly into your bloodstream and cells. 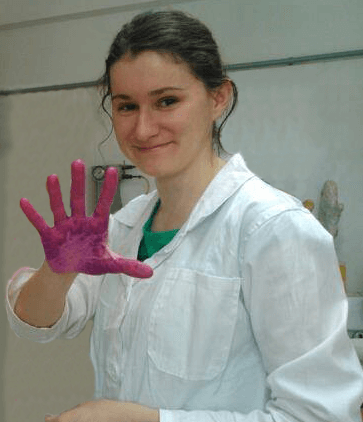